This past year I’ve gotten into whiskey. In fact for my 40th birthday I hosted a Cigar and Whiskey Social at a nearby cigar lounge. I don’t drink much, but when I want to relax I typically will bust out one of my favorite cigars and pour some whiskey in a small glass. I first discovered Evan Williams through some facebook post that I saw where it was rated high for a whiskey priced under $15. I later found it at my local grocery store for only $13.99.

Took it home, got myself a ice ball, poured it into a glass, lit my cigar and leaned relaxed on my patio. Alright so here’s the thing with Bourbons, I love the oakey taste. The oakier the better. I know that oakey isn’t a word, but if you drink this stuff you’ll get that woodsy flavor that comes through on your palette. That’s exactly what I look for. Then I look for how smooth it is going down. The last thing I need is to make a face when drinking this stuff.

So what I like to do is to let the bourbon sit in the glass and let the ice melt a bit. I find that a little bit of water, to me it enhances the flavor of the bourbon and leaves a cleaner mouth feel. Sipping on the Evan Williams a good experience. As much as I enjoy it, I think this would be best served as a mixing bourbon. One of my go to drinks is to enjoy it with some Coca Cola and about 1-2 shots of Evan Williams. But if I don’t have any soda, I’ll just sip on a little bit of it while I’m smoking a cigar.

Truthfully, this bourbon isn’t bad for less than $15. It’s a value bourbon and its the type that you’d serve to company and save the better stuff for yourself for later. Another thing I like to do with Evan Williams is I pour a shot glass full and place that in my humidor to help flavor my cigars. 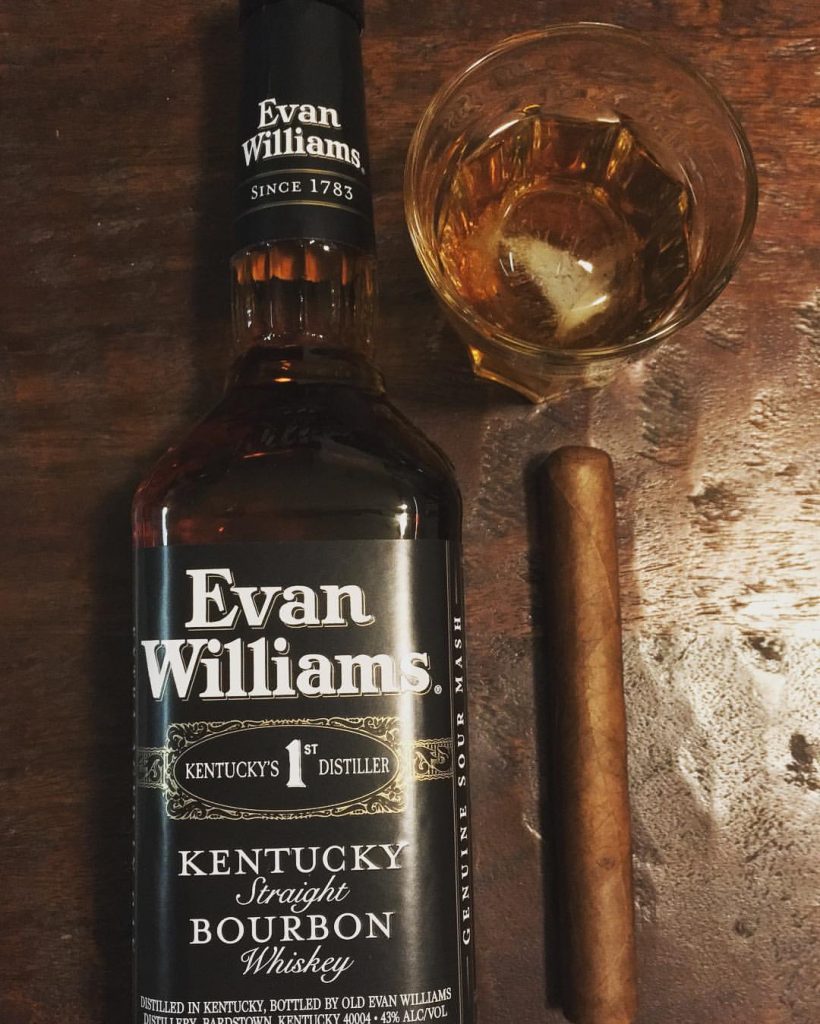