Ken Crouch, a local mountain biker shows up to a group ride with a hard tail 29er. Everyone in the group brought out their 5″-6″ travel trail/All Mountain bikes. Some even scoffed at the idea that Ken wouldn’t be able to handle the technical aspects of the trail with his 4″ XC machine. To make things worse on Ken, he was just wearing a T-shirt and some Dickies work shorts. His buddies were wearing the latest designer riding gear from Troy Lee, Fox and etc. Again he got some questionable looks from the douche bags of the group. 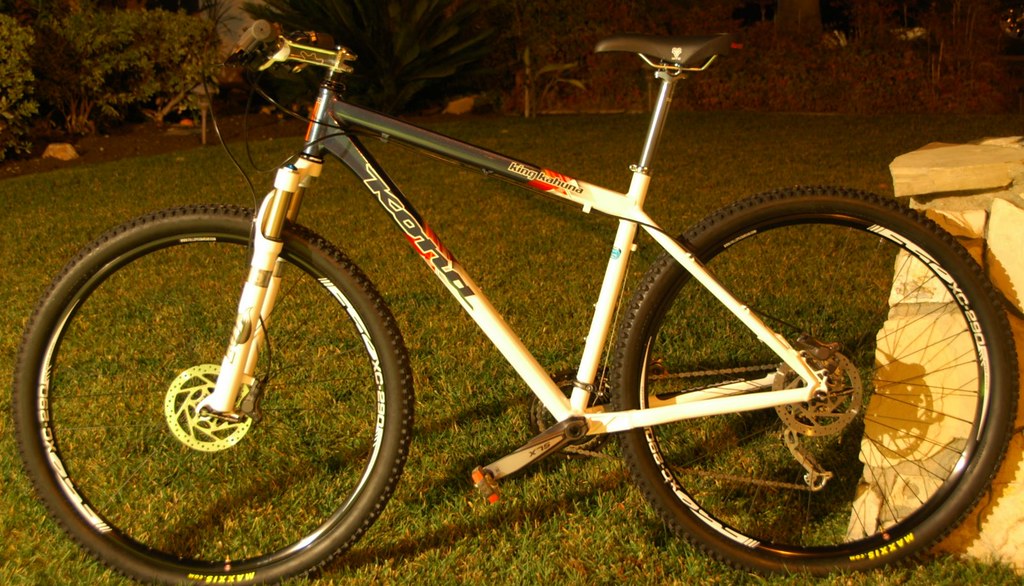 But you see Ken doesn’t care because he knows he’s a bad ass. He knows what he can and can’t do on the trail and frankly there really isn’t anything Ken can’t do on a mountain bike. So the group started the ride with a long climb to the summit. While his long travel bike buddies were huffing and puffing up the hill, Ken locked out his fork and granny geared it to the top. They decided to descend down a technical trail where everyone believed you need a full suspension bike. Before they started going down the trail, people were lowering their seats, strapping on elbow and knee pads, plus they ate a lite snack of GU because they had depleted their energy from the previous climb.

Ken wasn’t too fazed by it all. He did lower his seat the old fashioned way, by loosening his seat collar’s quick release. Some of the douche bags wanted to go in front of him because they thought he’d slow them down. He said no problem and let them go ahead of him.

As they started rolling down the trail, the pace got faster and faster. To the point where he was catching up to the last riders of the group. Eventually Ken got to the front of the pack and was tackling some of the nastiest baby heads and rollers on the trail. While the rest of the group slowed down, Ken kept charging down the mountain. Some of the riders even dismounted to walk the trail because it was too scary.

Ken was the first to get down the trail. He greeted each rider that came in with a big smile and fist bumps. Once everyone got there, they started talking about how much of a bad ass Ken was. This badassery demonstrated by Ken earned the respect of the other riders. But he didn’t really care if they did or not, he just loved to ride.

Dressed for the Occasion