This weekend Priscilla and I visited our friends Scott and Jennifer Finch out in Temecula on a ranch that they live at. The ranch has about 20 acres of land and Scott along with his 13 year old son Alex, built a little downhill trail that included a rock garden, whoops, a ladder, berms and a ton of fun!

We arrived in Temecula around 2pm on Saturday afternoon and immediately Scott, Alex and I scoped out the trail and started doing some practice runs. Here’s Scott and I resting on one of the many boulders on the course. 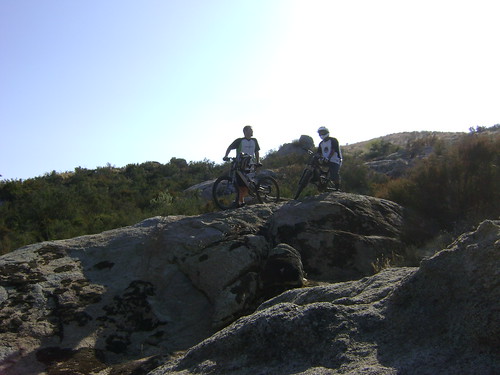 Here’s a Alex coming down the hill, he may look small, but this guy has the makings of a pro downhiller. 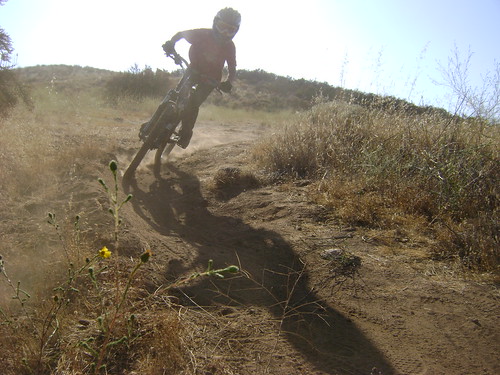 A shot of Alex coaching me through the ladder section. 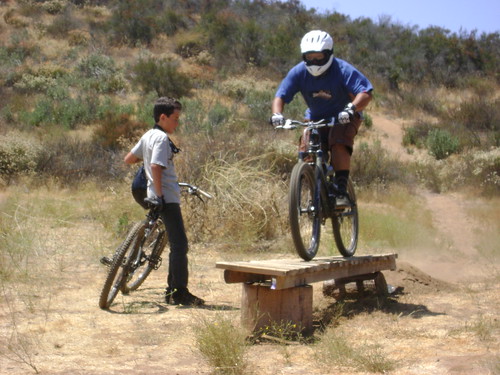 Then later on in the evening, Scott, Jen, Priscilla and I rode through some fire roads to some sort of nature preserve in Temecula. Our ride was about 12 miles round trip. Picture of Scott and I. We’re actually in talks with Scott about becoming a Writer for MtnBikeRiders.com. He used to own RPM Cyclery in Lake Elsinore. But now he’ll be going to Taiwan for about 10 months, and he was telling me about all the trails out there and possibly going to the Taipei Bicycle Show and going on a few factory tours on behalf of MtnBikeRiders.com…dang, I guess you can say we’ve gone international! 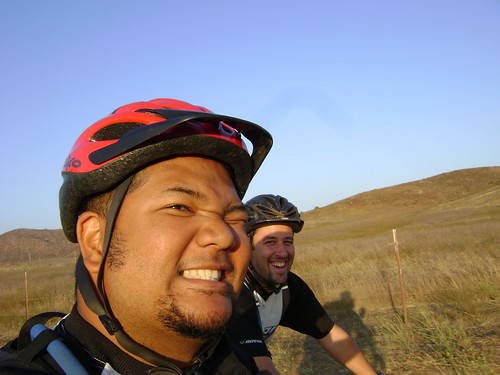 Jen and Priscilla riding through the back country. 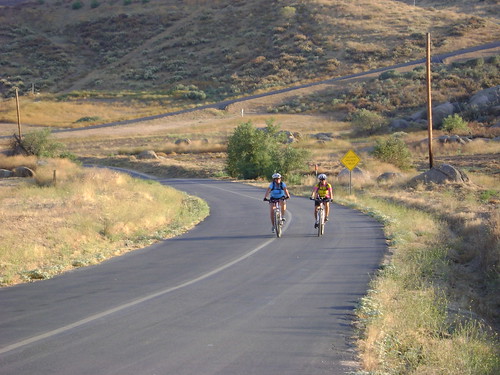 We had an awesome time this weekend with the Finch Family. Scott is working on a review of a helmet cam we received a while back. He’ll get that up soon enough. I’m also working on a video of our weekend. I just need to compile it. I hope everyone had as much fun as we did on their rides this weekend, please leave a comment and share about your adventures!