22 years after his debut into Mountain Bike racing, David “Tinker” Juarez is still fast as ever.  Tinker a renowned BMX and Cross Country rider has a slew of accomplishments that spans over two decades.

This weekend Tinker raced at the SC Velo Cross Country Challenge.  At 47 yrs old, he literally smoked the competition.  Up against many competitors (some who are half his age), they were no match for his speed. 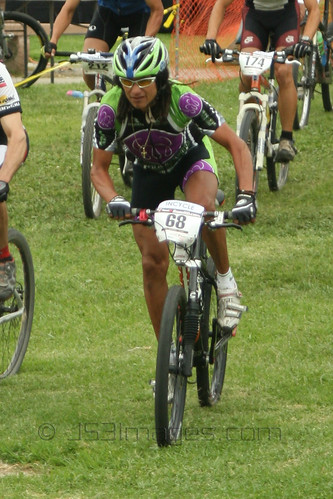 Tinker exploding from the Start.

As the MtnBikeRiders.com Team watched from the sidelines, we heard the announcer call out Tinker’s name every time he came in to complete a Lap.  The PROs were required to complete 6 Laps / 24 miles.  No where in sight where his competitors.  Needless to say he came in first place.

Below is a list of some of his accomplishments.  In the recent years, Tinker has been competing in Endurance type events. 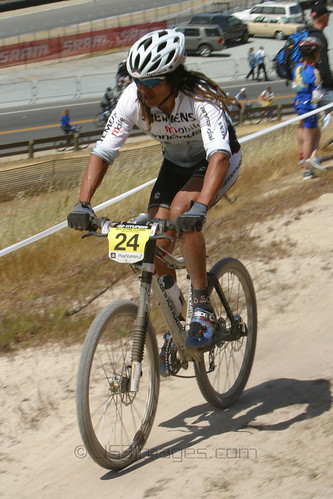 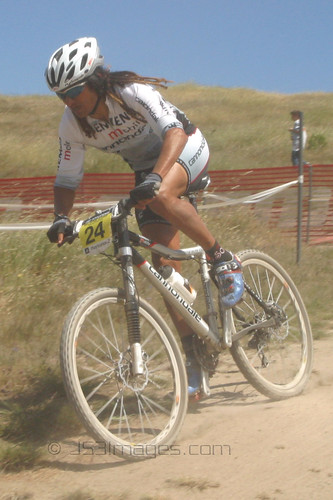 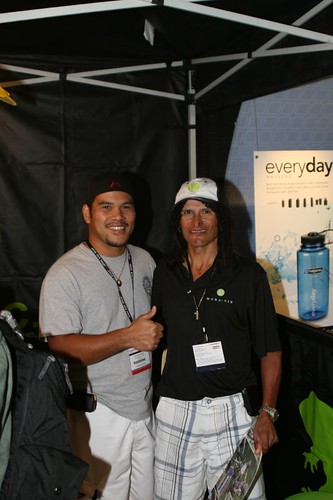 Me w/Tinker at the iBert booth, Interbike 2008.

For more info on Tinker Juarez, log onto www.tinkerjuarez.com