Last night was our costume! I convinced Moe to make sure he dresses up in good taste. Last year he was go-go dancer. I busted out green leisure suit. Which by the way sucks for riding because of the bell bottom pants would get caught on the chain, plus the material was hot during the climbs but when it came down to descending, I was freezing because it would let in air….but hey, I looked good right? 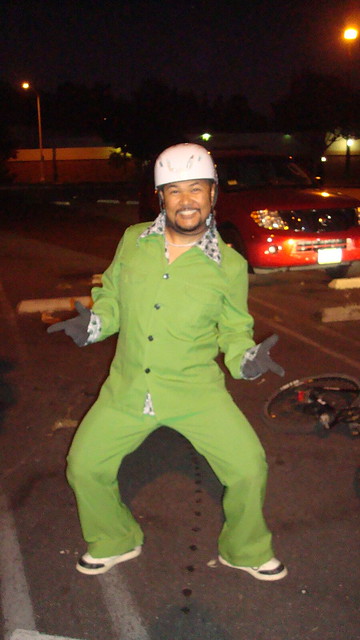 Megan and Nick DiBlasi showed up as Wilma and Fred. That’s Gabe back there, I asked him what he dressed up as and he said, “I’m dressed as a Romanian…don’t you get it?!!!” 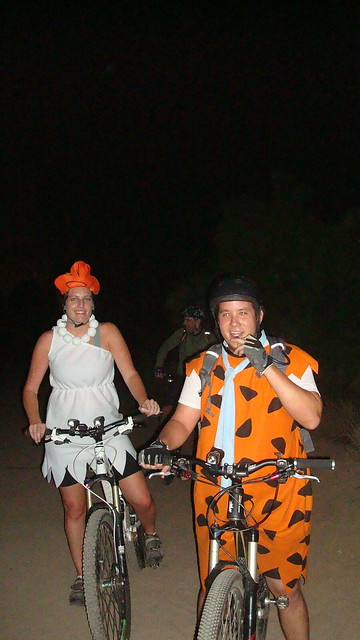 Moe was dressed up too, but he’s way back there so you can’t see what he’s wearing. 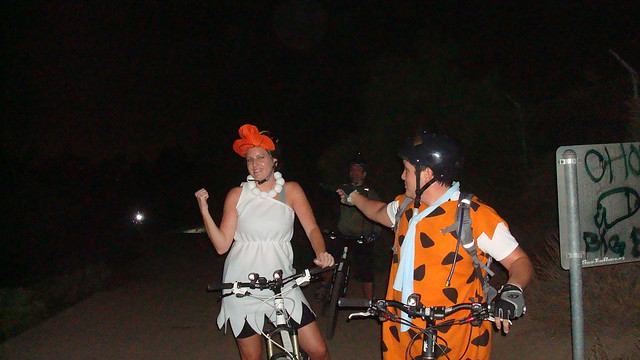 Then this guy named “Elder Chad” shows up and asked if he could join the ride. I said sure! Why not, what harm would that be…right? 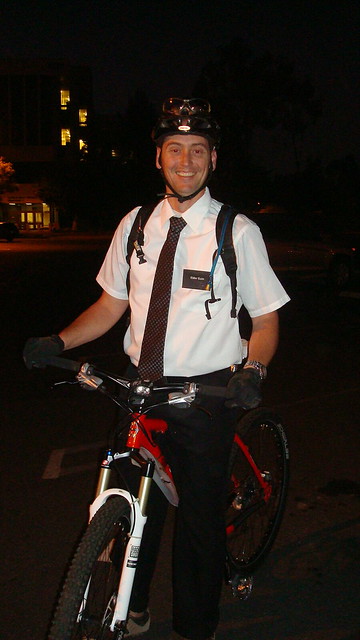 Well, little did I know Elder Chad was already talking about his book to Gabe. His response, “Oh so you mean to tell me, I too could look as good as you in a white shirt?” 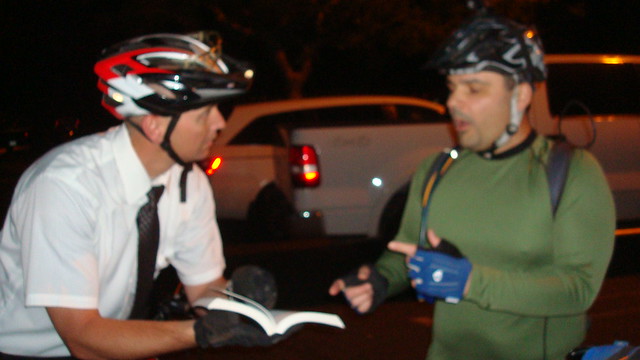 One of the problems of being a MASHER like Nick, he goes through chains like underwear. He was destroying a hill and BAM! Busted a chain… 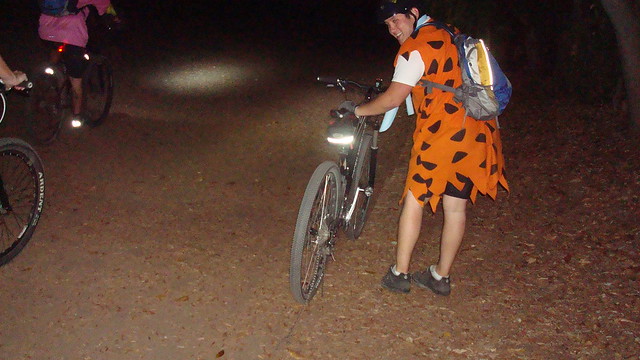 But he said, “It’s not a chain, its my TESTICLES!”….thanks for correcting me Nick. 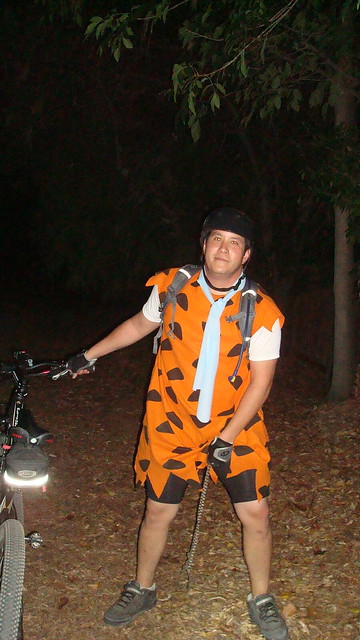 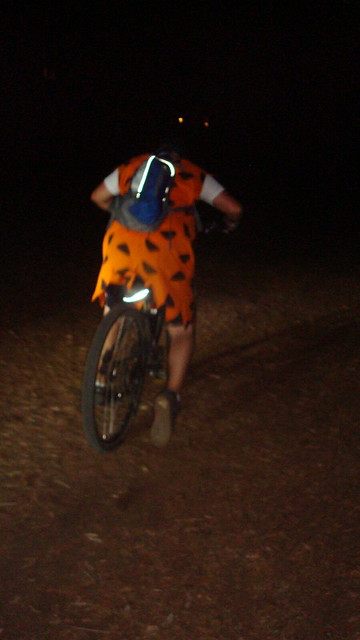 But between myself and Moe, we were able to tow him back in to the car. 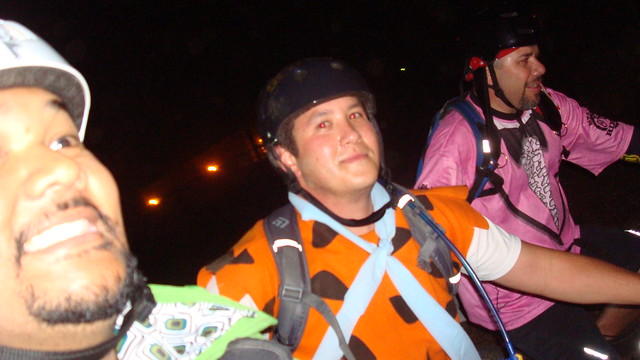 This was actually a pretty site to see…big thanks to Gabe for taking a video.

2 Replies to “Costume Ride at the Fully Loop”