This morning I got up around 5:30am just so I can put on the finishing touches on the Sette Reken frame. Magally of Pricepoint.com sent me this frame so we can show our readers that you can easily build a single speed bike for allot less than what people think. First of all this frame only cost $69 from Pricepoint.com…not bad if you ask me! The single speed kit that I have on there was only $12…also from Pricepoint.com. I’ll get into the cost of the other stuff later. But for now I’ve built it so I can ride this weekend. I’ll probably do a test run on it just to make sure nothing snaps.

Those tires are the Rubena Harpie set that I recently reviewed. 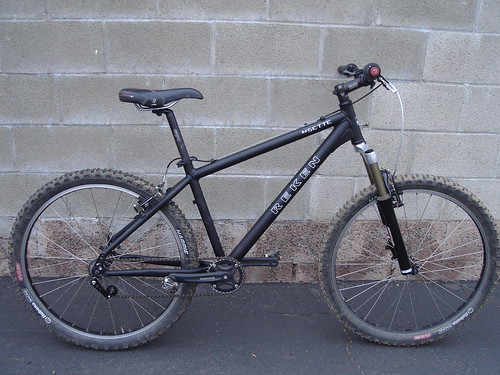 Single speed kit from Pricepoint.com includes spacers, a 16t and an 18t cog. They also have tensioners for as low as $20. I happen to have this one laying around, I figure I’d use it. 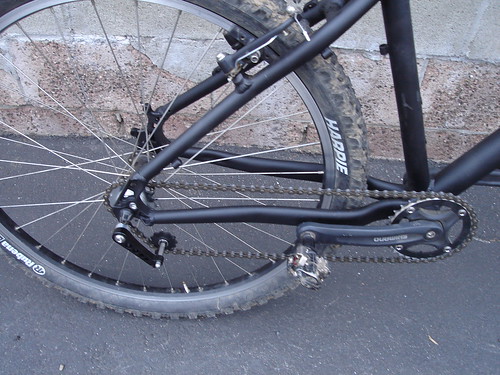 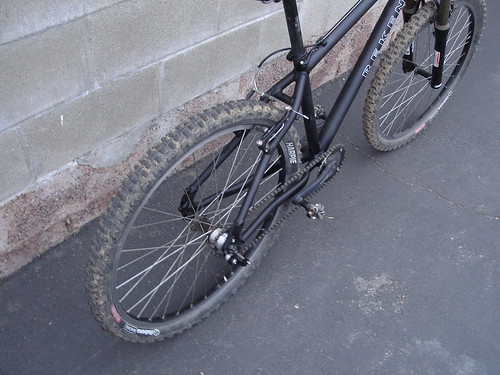 These are Avid 5 Single Digit V brakes, courtesy of Priscilla’s old bike. I recently converted her over to Avid BB5 (Disc) 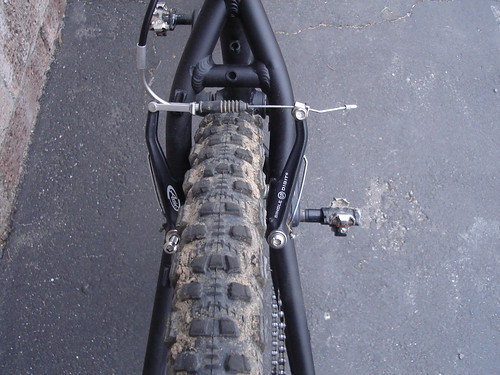 Marzocchi Bomber with ETA. I forget the actual model, its either a EXR or MX Pro or something like that. 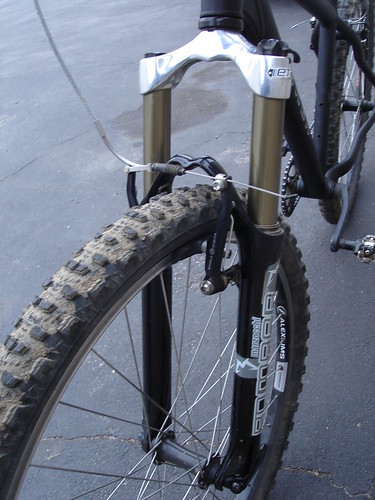 I really dig how the bike is basically all black. Those are Tektro brake levers, but they’ll soon be replaced with some Avid levers. Uno handle bar and a 90mm WTB stem. 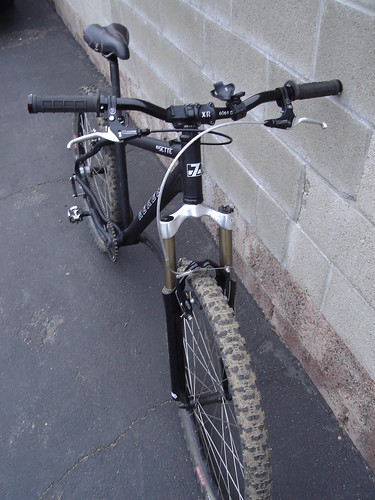 I weighed the Reken…about 24lbs…eh not too bad. But a huge improvement from my full suspension single speed that weighed close to 30lbs. I figure the fork and low end Alex wheels are the culprit of the chunkiness of the bike. But then again I wasn’t trying to build a super light bike. I was building this with a budget conscience mindset. 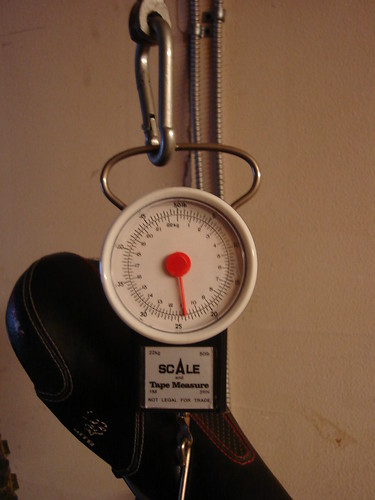 All in all, I’m happy with the build. I’ll be trying this baby out soon enough and I’ll come back with a full report and the cost breakdown of the build.