I struggled for a couple days to write the review of the KHS Lucky 7.  I kept transitioning from reviewing the bike to telling stories about the bike.  Finally, I’ve decided that’s exactly what I’m going to do.  What follows, is the story of my time aboard this bike.  The trips, the rides and the races that the KHS Lucky 7 carried me through.  Watch for the review in the upcoming weeks.

The Lucky 7 has been my go to gravity bike this year. Team sponsor KHS cycles has been nice enough to grant me extended time with this demo bike, on the condition it is raced and that I share the results. 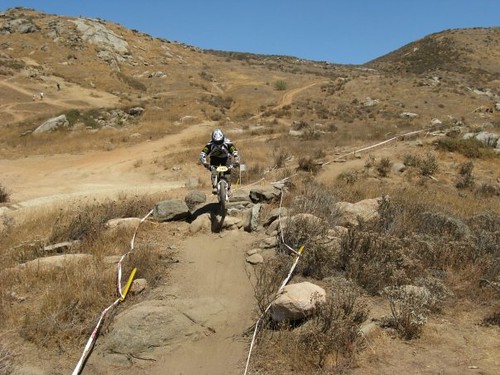 Though designed for free-ride use, the Lucky 7 is the go to bike for the KHS race team at smaller DH race courses. However a thorough resume is not a prerequisite for hopping aboard the Lucky 7 and getting the most out of the experience.  I was a casual mountain biker, I owned one trail bike and rode two or three times a month.  I had other hobbies and interests that split my time.  From 2006 till November 2008, that was my riding experience.  That’s when I met RL through this very blog and eventually the rest of the Mtnbikeriders team.  Which led me into single-speeding, then XC racing and eventually DH racing.  So as I, a true newbie to downhill, I began my time with the Lucky 7.  The first race [Southridge Winter Series, 2/22/2009, 13th out of 14] was a disaster!  I did manage to get the durability testing out of the way immediately, though! 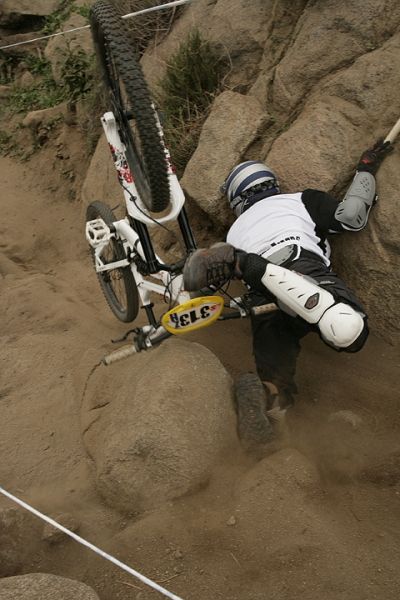 The next race [Southridge Winter Series Finals, 3/22/2009, 10th out of 20] was a lot better!  With no dirt naps in-store for me.  I began to see the capabilities in the bike and the potential I had to become competitive [in Beginner Men 27-34].   Unfortunately, I would be without the Lucky 7 after this point until a shuttle session at Telonics a couple weeks before the 3rd race of the Golden State series in Fontana on 07/12/2009. 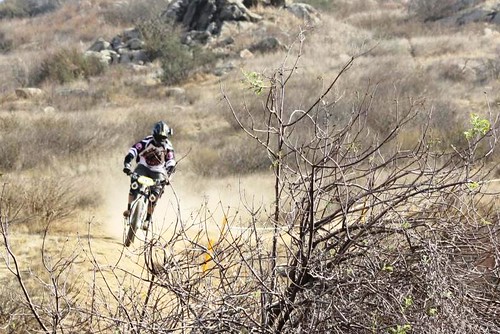 In Telonics I got to ride some real DH terrain on the Lucky 7 and it was amazing!  It’s just a forgiving bike that soaks up the small and big hits.   We had a ton of fun and burned through a set of brake pads in the process!  Now onto the race, with a two run format and no “wall” to pedal, this is the closest to a true DH race located in So-Cal nowadays.   With a fresh new attitude on DH riding and fresh legs (normally I race XC the day before the DH race), I was able to put together “the run of my life” I recall telling Tony at the bottom.  What a rush!  To have a clean DH run, one where I honestly felt I rode as fast as I possibly could, clean without any mistakes, I get excited thinking about it!  The result was a 3rd place and my first DH podium. 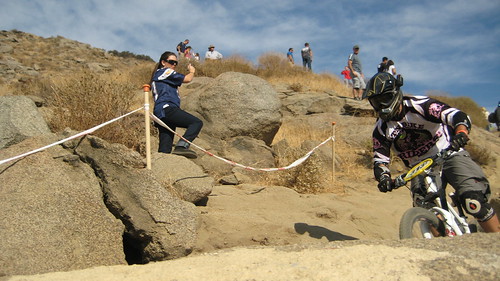 Next up was Mammoth mountain, now this is a true DH race.  On a mountain with loose pumice, a nasty rock section, a wall ride and a finish through the 4x track.  Mammoth lived up to its name, with a fast race run coming in 4 minutes, the track was over a minute longer than any Fontana run.   The Lucky 7 was beautiful here, through the steep sections, over the jumps and pedaling the straights.  We were a team, and we were determined to make it to the podium.  Well, we did better than podium, we won! 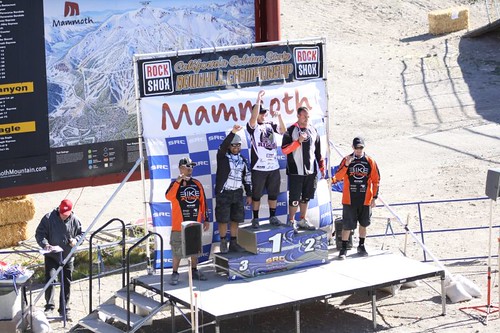 So, now here we are near the year end.  The 18th annual Southridge classic has just concluded (though I’m gonna make you wait for that story).  Be sure to check out the upcoming Lucky 7 review and review the 1st impression here.  It’s funny, we’re so used to reviews coming from expert and pro riders.  It’s true that they can push a bike to it’s limits, but couldn’t they ride almost any bike down the Mountain?  Wouldn’t a bike we (mountain bike enthusiast) consider stable and comforting seem slow and unresponsive to them? Anyways, if you don’t want to read a review from a Beginner DH racer, don’t worry.  I’m moving up to sport the first race next year.  I’ve got to say thanks one more time by the way to KHS Bicycles and their our Lucky 7.  Don’t forget to check out the KHS SixFifty 606 too.

2 Replies to “The Story Behind the Review: KHS Lucky 7”