This past weekend was the California Golden State Championships in Fontana, Ca. This event was the end of a 5 race series. New team members, Stacey Stone Bryan Doney were in attendance with other riders such as Wes Castro, Art Aguilar, Kim Finch and RL Policar (that’s me!) 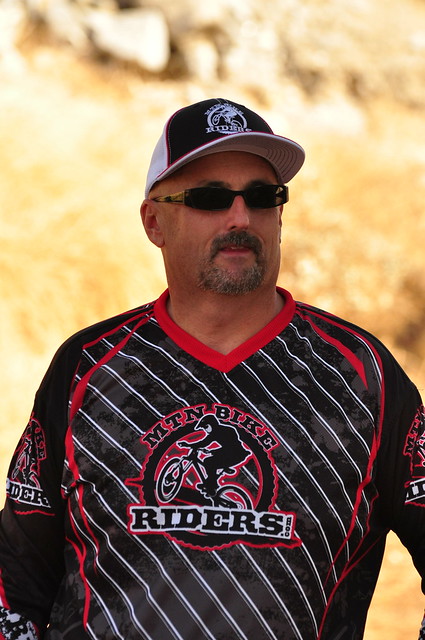 Nick “Name” DiBlasi looked so good in his kit that I decided to post his picture even though it was identical to Stacey’s. 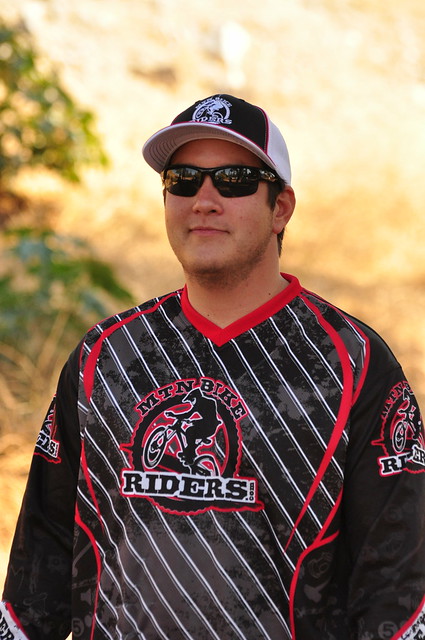 On Saturday Super D and 4X races occurred. Both Nick and Stacey raced. Unfortunately, as Nick was on his way to the starting line, he got a flat and could not race properly. But the good news is, he still finished!

Stacey on his race run. 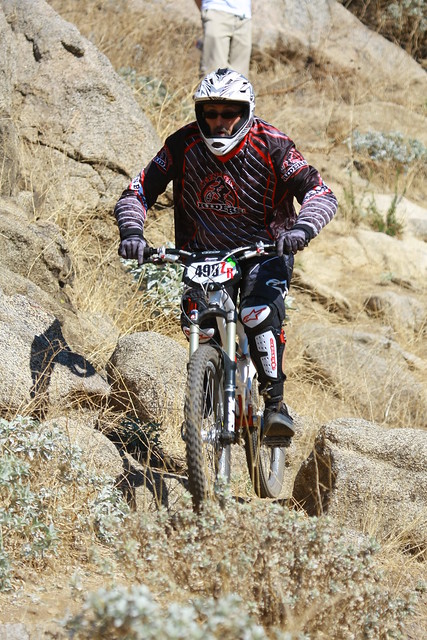 Stacey did a pretty bang up job in placing 4th in his first ever Super D race. Great job Stacey! 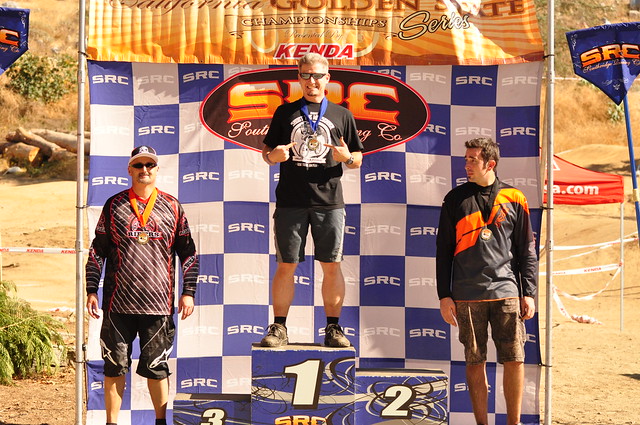 That evening, Art and I camped out at Fontana. Doing this helped us save some gas money since we both live about an hour away from the venue. We had a gourmet meal that consisted of grilled marinated chicken, grilled brussel sprouts, and steamed broccoli…yum. We washed it all down with some Miller Genuine Draft. By the way, CLICK HERE to see Art wearing our newest product, the MtnBikeRiders Beanie! 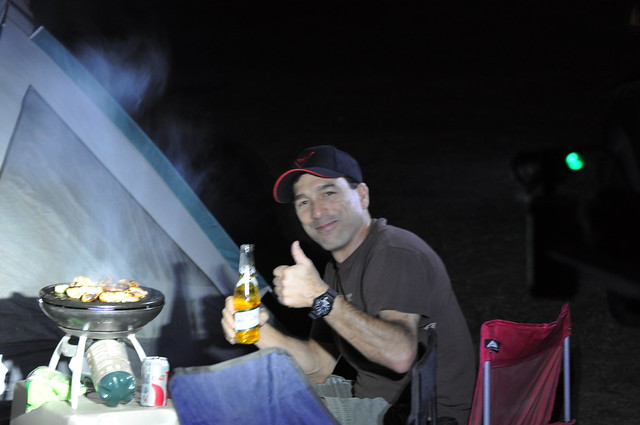 One of my favorite photos of the night, a flock of Takas. 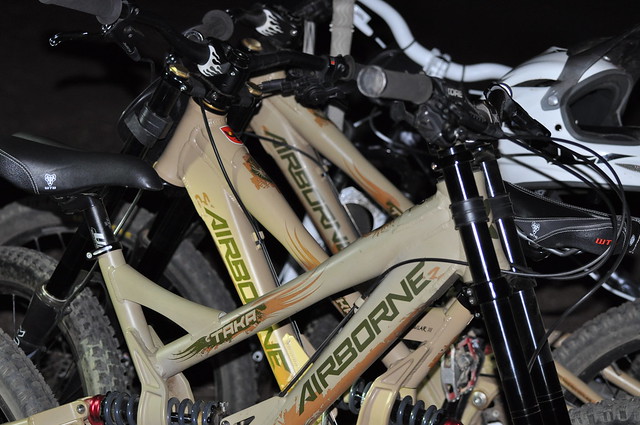 The next morning, we met up with the rest of the DH Dept. to get some practice runs in. This was Bryan’s first DH race and he managed to put in decent results that landed him in 7th place in a very competitive field. 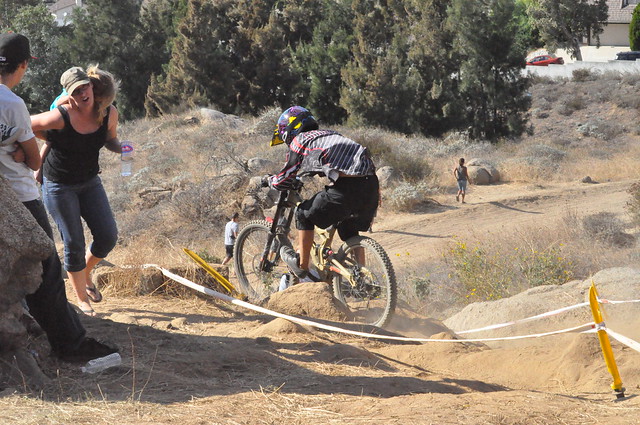 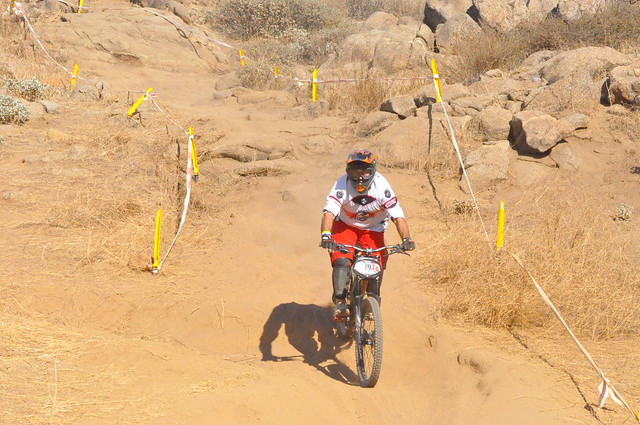 Our buddy Neal Bryant, an Airborne Bicycles Flight Crew Member was also there racing on his Taka. This was the first time we actually got to hang out with him. Super cool guy and I hope to see more of him at the races. 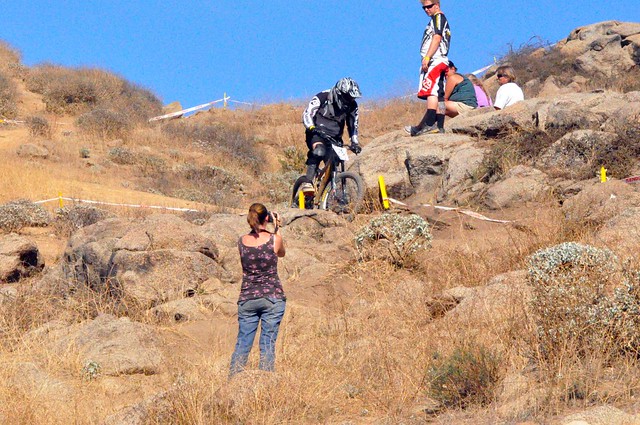 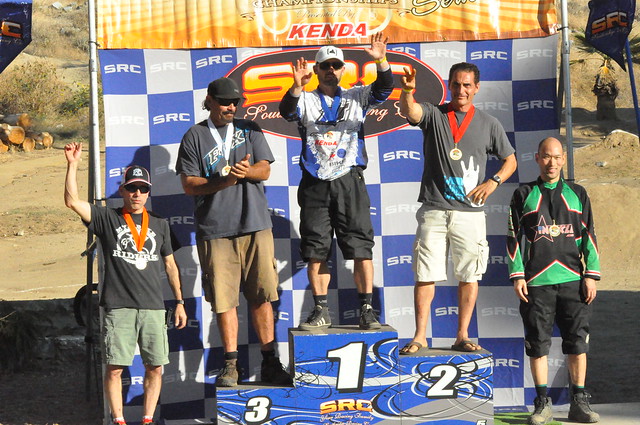 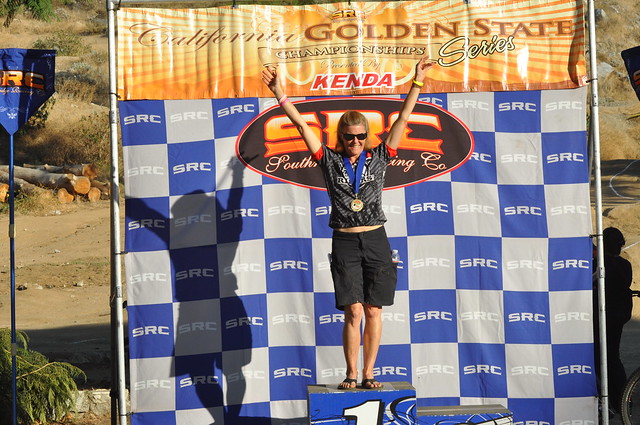 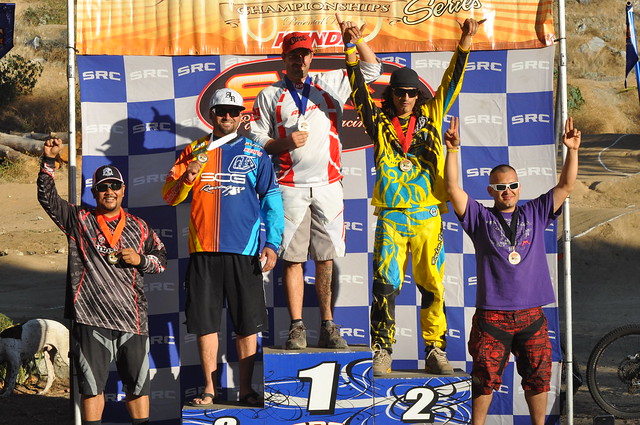 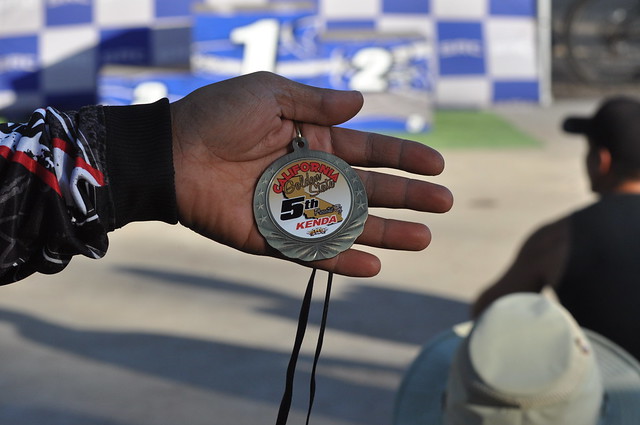 For the overall points for the series, I ended up in 5th placed and Wes in 4th. Great job to the team for an excellent showing over the weekend. Big thanks to our sponsors, Airborne Bicycles, Serfas, Bumble Bar, VIP Energy, Evomo, Dirty Dog MTB and Ergon.