You may have seen the most recent project we’ve been working on, if you haven’t then you’re in luck. This is a photo-rich article that will show you some of the stuff we did over the Labor Day holiday. So I called up some fellas to see if they’d be interested in hanging out. The Moe and Dial Tone were happy to do so. Actually what happened was the three of us were supposed to check out a motorcycle dealer, but we found out they were closed. So I figured, we’ll go and put the sidecar together instead.

I loaded up the Limo with this “Steel is REAL” sidecar and headed over to a neighboring city to buy a 20″ BMX front wheel for it. We met this guy who had a shop-like set up in his garage. I paid the man $10 for a new BMX front wheel and we were out. 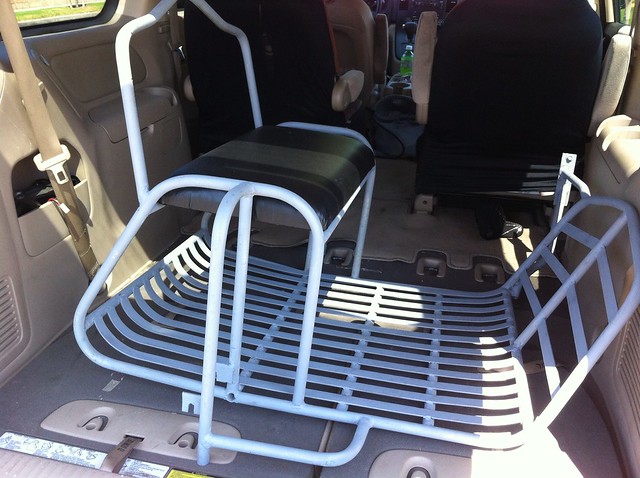 As we were driving, The Moe said he was dehydrated and needed fluids in his body STAT! So we stopped off at a Messican Food place for lunch. Notice how happy The Moe looks, yep he’s fully hydrated. That look he has on his face is of him saying a quick prayer thanking the Lord for sustenance he provided that day. 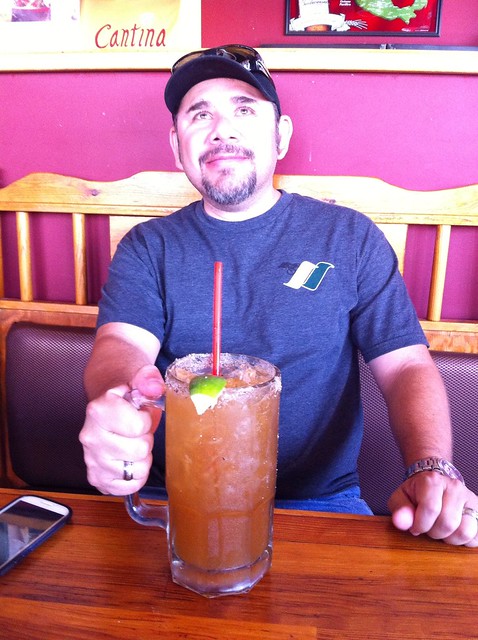 After lunch we headed back to the World HQ of MtnBikeRiders.com to mate an old GT Dyno BMX bike that DialTone donated for the project. We found that due to the down tube of the bike, the sidecar mount wasn’t going to work. But we tried it just in case it would. Those sexy pair of legs belong to DialTone. 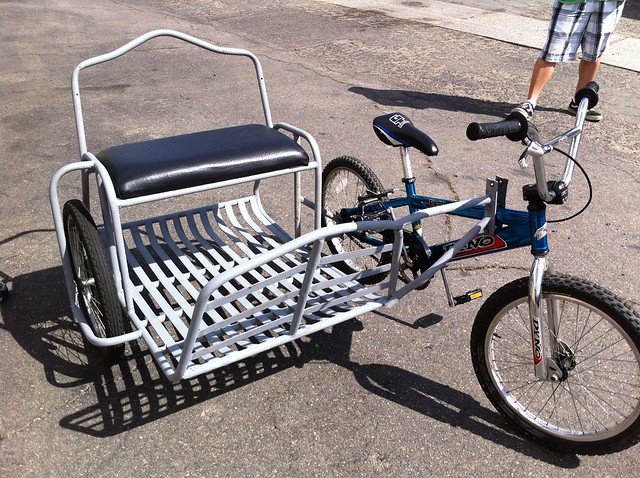 The Moe and I went for a test ride. 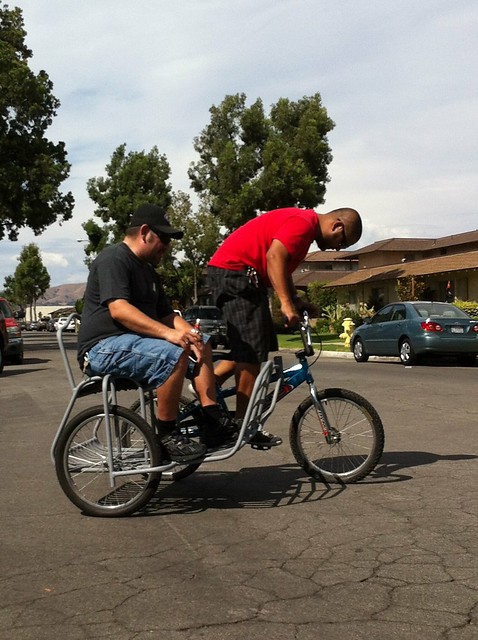 This was our celebratory pose in completing the mount job. The Moe enjoying a Cohiba while I puffed on a Dolce Vita. This was short lived because the set up flexed way too much. So that mean we couldn’t use the Dyno as a donor bike. 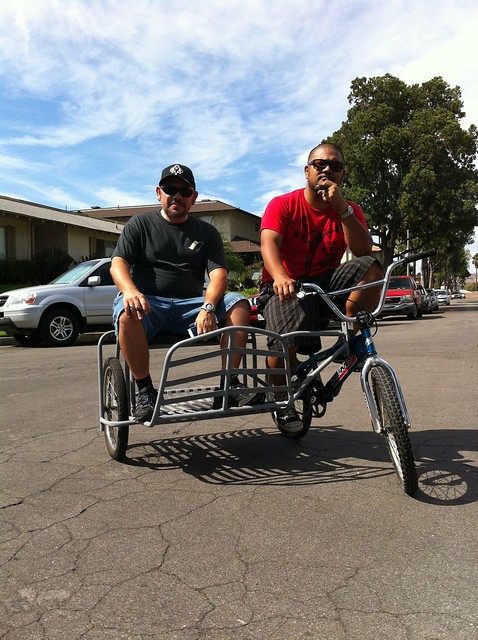 We were about to go back to the workshop to see if we can try a different bike. The Moe was a bit buzzed and tried to see if he can be his own designated driver, but he just kept going around in circles. 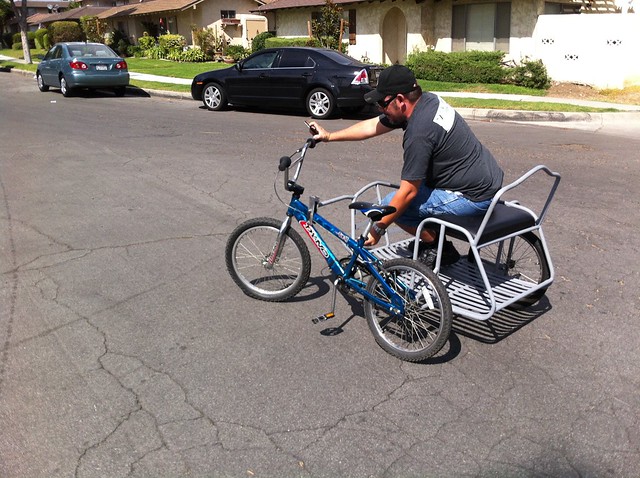 After about another hour or so we came back out with this. I mounted a Manhattan Hot Rod to the sidecar. Fit was perfect! 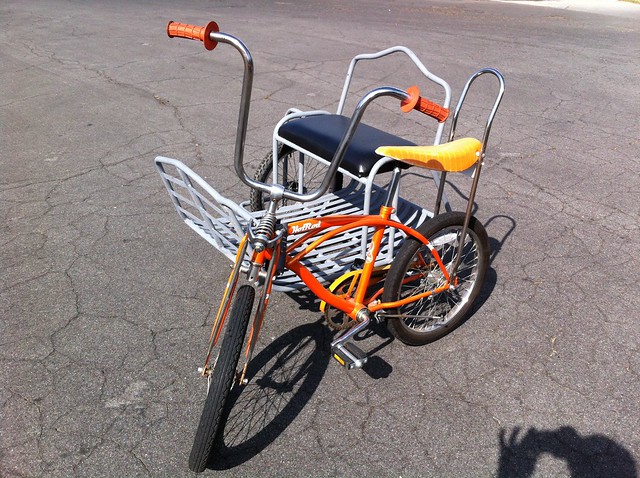 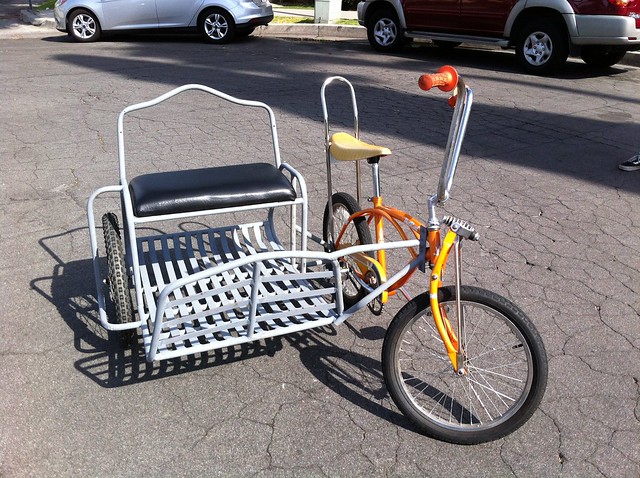 In this photo you can see how it mounts to the bike. 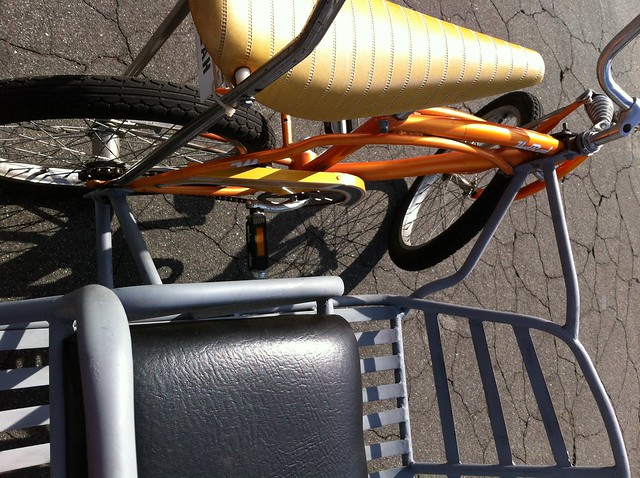 I actually have a backrest the the sidecar, but it broke during shipping. So I’ll have to fix that first. Another idea I did have was to get orange vinyl and redo the sidecar upholstery. The project is far from complete, there’s still so much to do to it. But for now it’s totally ride-able and I may add that it’s a blast!

One Reply to “Project Sidecar”