Up and comer Adam Spik is the new kid on the block, or should we say trail. We’ve asked Adam to become a Staff Writer for MtnBikeRiders.com. But before we give him the keys to the Lambo and access to the executive restrooms, we’ve asked him to write us some samples.

Recently at work I came to a realization. An epiphany of sorts as to whom I work with. Essentially there are 4 types of people on the job. Starting with he most desirable and working down these people are as follows:

Some may say numbers 2 and 3 are interchangeable. Depending on the task at hand you may be right. For the most part I’ll take the weaker worker but who is pleasant to work with and shows the desire to do better. Usually the number 3 type works well but is an A-hole. Sometimes he could just be a benign dork. More often-than-not the dorks are the ones who don’t how to do their job well either. How does this relate to mountain biking you ask? Well, I’ll tell you. R.L. ain’t paying me to submit rhetoric. Actually, he ain’t paying me at all.

I have been riding bikes in some form for all my life. Typically I ride by myself or with 1 other close friend. The last few years I have branching out and riding with varying groups in varying terrains. My coworker assessment has proven true to those who straddle 2 wheels beside me.

Ideally the group will consist of riders of similar talents/speed and are cool people too. The type of people you’d gladly hang out with off the bike as well. Then there are the riders who have trouble hanging with the group but are still cool. These may be the noobs but are still cool and make the ride fun regardless of the pace. Next are the #3 types. Usually they are the arrogant arses who lead the paceline, or rail the berms, or effortlessly huck every jump and drop. However, once the ride is over you can’t wait to pack up your chit and git. You probably can’t talk much during the ride because the conversation is one-sided as to how bitchin they are. After the ride you say never again and plan to ride alone next time. Finally is the rider who can’t ride but also can’t be humble either. He dominates the conversation of his former prowess at Mammoth, or Whistler, or Moab, or wherever. Or worse, he makes excuses why he sucks at riding but is the most badass baller, or MXer, or partier, etc. 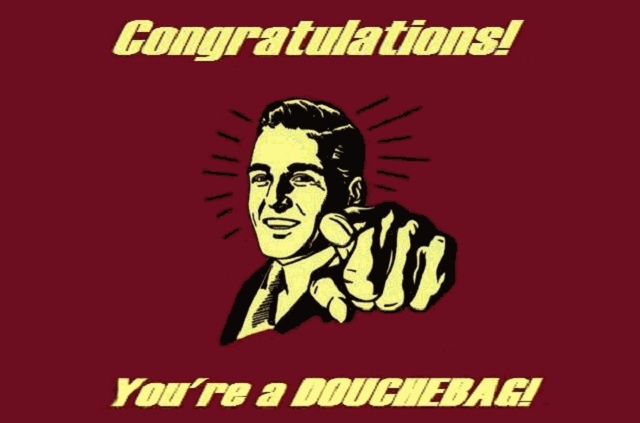 Let’s remember this is a social sport. We may ride individually but we can enjoy it together. Be cool out there. You don’t want to be the one who after too many tacos and Four Locos gets left in bathroom.